Sheet music, the way musical notes are written, can seem very complex to the untrained eye. While reading notes for music is like learning a whole new language, it’s actually a lot less complicated than you might think.

In this lesson we will teach you how to read music notes.

We invite you to review other related articles such as chord inversions. Next we are going to explain a series of musical concepts that you should learn before you start reading musical scores.

The Note names and keys

Each line and space on the staff corresponds to a musical pitch, which is determined by the clef. The musical notes are named after the first seven letters of the alphabet: A, B, C, D, E, F, G. The two clefs that are mainly used are the treble clef and the bass clef. 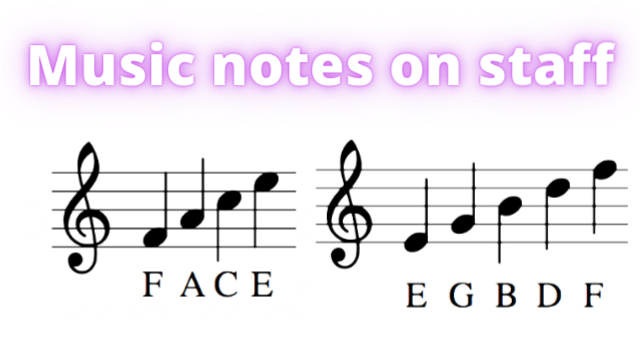 The bass clef, shown in the examples below, is also known as ‘F-Clef’ because the fourth line of the staff passes between the two dots. The note located on this line of the bass clef staff is an ‘F’.

In early music notation, hundreds of years ago, this clef sometimes moved. The ‘F’ was located on any line that passed between the two dots. In other words, the F might have been on the third line instead of the fourth line. Today, the Key of F does not move and is known interchangeably as the bass clef.

Extra ledger lines are used to notate notes below or above the regular staff lines and spaces. ‘Middle C’, one of the first notes that beginning music students learn, is on an extra line between the staff of the treble clef and bass clef. You can see how it is notated in both clefs in the examples below. 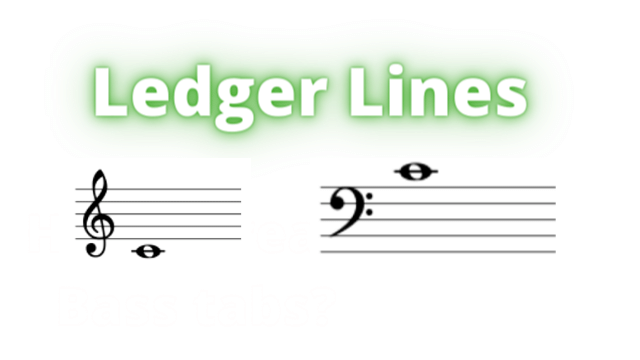 Ledger lines are sometimes used in musical notation because it makes notes easier to read than constantly switching between clefs. There can be an infinite number of extra lines above or below any staff, but it can be difficult to read the music if there are more than three. At that point, it is usually advisable to change clefs.

When a composer or arranger may wish certain notes to be flats or sharps throughout a piece, unless otherwise indicated by a natural sign or other accidentals, of course. This is what is called tonality.

You will communicate this in scores using a key signature. A key signature defines the key of the music and therefore which flats or sharps are supposed to be played throughout the piece. This helps reduce the need for accidentals (i.e., placing a flat or sharp before a note in the music each time it occurs).

There are some important rules you should know about key signatures. A key signature is made up of either sharps or flats, not a combination of the two. Flats and sharps are added in a particular order, as described below. 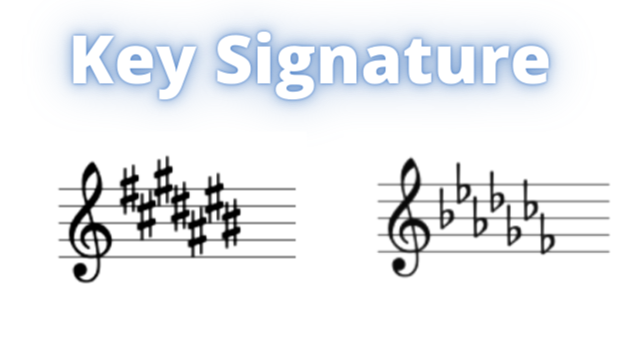 The flats in the key signature reduce the pitch of the notes in the corresponding line or space by one semitone (or semitone). This is transferred to all octaves. The different key signatures are defined by the number of flats (or sharps) in the key signature, starting with the leftmost and moving to the right. 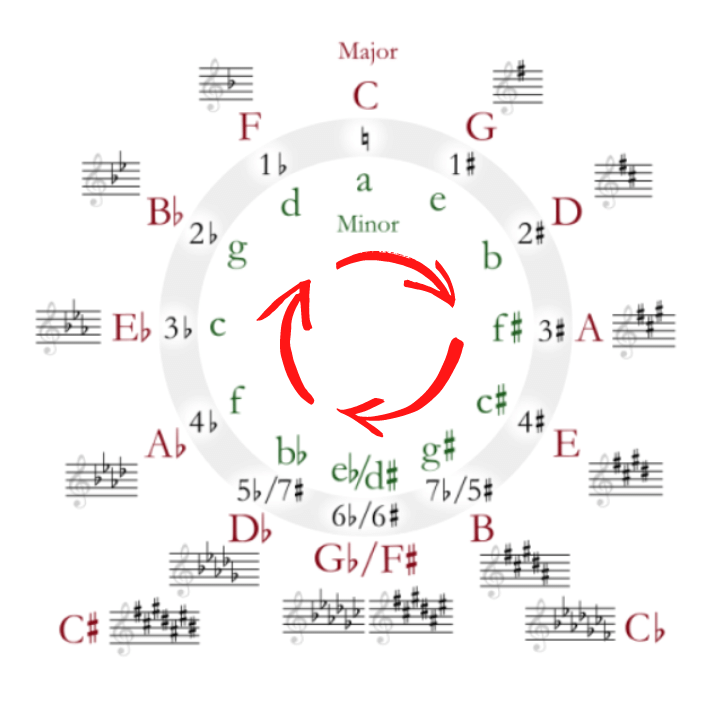